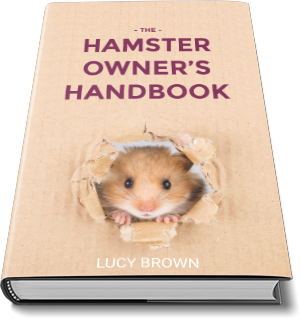 Everything About the Flemish Giant Rabbit

They are one of the most friendly and calm bunny breeds.

There is absolutely no doubt about it; Flemish Giants are big. If any pet lives up to its name, this is one of them. They were first known to have roamed the landscapes of Flanders, Belgium sometime in the 16th century, making them one of the oldest rabbits in existence.

Flemish Giants are gentle giants. They are one of the most friendly and calm bunny breeds. They make wonderful pets for both adults and children due to their friendly natures, and they also get along well with other bunnies and other pets.

They are powerful creatures which need a lot of space. They are also among the sweetest breeds of rabbit which you will ever meet.

While it is pretty standard that all Flemish Giants are over thirteen pounds, there is no maximum weight for them. Thirteen pounds does not sound like a lot but, when you get up close to one, especially laying on the floor beside one, you really get to know how big they are.

Flemish Giants have a long, lean, and powerful body.

They are a semi-arch variety, so the arch in their back starts at the base of their shoulders and curves up and over before coming back down to their tail. Their heads are in proportion to their bodies, and the eyes too. The ears are thick and large and stick straight up with great power. It is like having a medium-sized dog in your home.

Being so big means that they have a lot of fur. The fur is thick and glossy, and not too dense. If you pet a Flemish Giant, the fur will roll back and lay flat. There are seven recognized colors of a Flemish Giant; they are black, blue, fawn, light gray, sandy, steel-gray, and white.

You will able to recognize does over bucks by the dewlap, a fold of skin under the neck which gives them a cute double-chin look.

How Do I Care For A Flemish Giant?

Flemish Giants are more of an investment than smaller bunnies. They can cost twice as much each year and also require more time and attention. Some of the cost is going to be from having to buy a larger cage and have a larger area for them to run around in. Regular rabbit cages will not have enough room for a Flemish Giant, and people often opt for cages which are usually used for larger animals.

The bunny should be able to stand up without its ears being cramped by the top of the cage. It should be able to stretch out fully too. One thing which is often overlooked is the door. If your bunny cannot get out to run around, then what use is the cage?

Grooming them once a week will usually suffice, and you can up this to twice a week when they are molting.

You need to be able to handle your rabbit from time to time, and this is made more difficult by the size of this breed. They are big rabbits, so they need a lot of support if you are going to pick them up. You should also watch out for their powerful kick, but they will not usually kick if you pick them up with proper technique. Support their upper body with one arm and wrap your other arm around the lower half, supporting their back legs.

Hold the rabbit gently to your chest and do not apply too much pressure on them. You can use a soft voice to calm them but if they do seem at all stressed or start to panic, then gently lower them to the ground.

Flemish Giants have short fur, so they do not require as much grooming as other rabbit breeds. Grooming them once a week will usually suffice, and you can up this to twice a week when they are molting. If your rabbit gets enough exercise, then their nails will naturally wear down, but you should still check them weekly and give them a trim if needed.

How active are Flemish Giants?

Flemish Giants are not necessarily the most active rabbis in the world, but they do need a lot of space. Even if your bunny is going to go for a short walk, the amount of space needed is greater than that of a smaller and more active bunny.

Before investing in this bunny breed, we recommend that you ensure you have enough space for the bunny to exercise in.

This could be by purchasing a large pen which can attach to the cage, having a run outdoors, or letting your Flemish Giant space to run around in your home.

Many owners dedicate an entire room to their Flemish Giants. This is a great idea, though, as long as you have space set out anywhere, your rabbit will be fine. If you do have a place outside for your bunny, then make sure that you are out there with them at all times, in case a predator attacks them. They may be big and put up a fight, but some animals see them as a very large meal.

What should I feed my Flemish Giant?

Flemish Giants eat roughly the same diet as other breeds of rabbit, though a lot more, due to their size.

This is also where some of your higher yearly cost is going to come from. Flemish Giants need a diet composed largely of hay, water, and pellets. This breed of rabbit does not generally overeat so you can add as many pellets to their food dish as you want as long as you are monitoring their eating habits. If you want to ration the pellets, then it is recommended to feed them 1/4 cup of pellets for every 5 pounds of rabbit.

You can feed your bunny unlimited timothy hay and fresh water. When it comes to fruit and veggies, fruits can be used sparingly and as treats. You can feed your rabbit 2-4 cups of fresh veggies for every 5 pounds of rabbit weight.

Healthcare For A Flemish Giant

Flemish giants are a relatively easy breed to care for, despite their size. As with other breeds, Flemish Giants can suffer from ear and fur mites. When you are grooming your bunny, look for any mites in their fur. If you notice that your bunny is scratching a lot at one ear, or both ears, then it may be because of ear mites, and you should take them to a vet to have them checked over.

Due to the large weight of the rabbit, and subsequent pressure on their feet, they can get sore hocks. For this reason, we do not recommend using a wire-bottomed cage for your Flemish Giant, and no matter what kind of cage you use, you should still pad the bottom of it to protect their feet.

Flemish Giants can suffer from weight problems if they eat too much (which they usually don’t), so that is something to monitor. The more time that you spend with your rabbit, the better you will get to know them and any of their health problems. Schedule regular checkups with your vet and your bunny will be fine.

Due to their friendly, calm, and sweet nature, Flemish Giants make wonderful pets. They are great around both adults and kids, and may even out-size your younger children. One thing to think about when you have your children around is their ability to pick up the rabbit. Flemish Giants love to be petted and will sit there while your child does that but picking them up is a different matter.

If your child is small, then they may not be able to pick up the bunny, and that could result in the bunny becoming frustrated. Kicks from Flemish Giants can be powerful though will not injure you; a kick might be sore for a small child.

The main thing which Flemish Giants want and need is time. They are bigger pets so need to be taken care of more. It takes more time to feed them, more time to clean out their cages and pens, and more time to be social with them.

Flemish Giants love to be petted and will sit there while your child does that but picking them up is a different matter.

When they are roaming around free in their pen or in a part of your home, you should be there with them. They are a friendly and social creature so spending a lot of time with them will help you to bond with them and make it easier to pick them up as they become more used to you.

They are large and docile animals, which makes them a perfect pet. If you have the room for this large bunny, then you, and everyone else around you, is going to love it.